Despite the increasingly popular trend of working from home and flexible work schedules, Yahoo CEO Marissa Mayer has taken her company a step back towards a rigid and inflexible work environment by banning telecommuting.

Yahoo human resources chief Jackie Reses wrote in a memo that “We need to be working side-by-side,” explaining about the importance of “decisions and insights” that can arise from impromptu meetings.

While we certainly don’t disagree with this, we think that employees should be treated like responsible adults and should be given the discretion to decide for themselves the optimal amount of time they should be physically spending at their office.

According to Mercury News, “Others said they saw hypocrisy by Mayer, who is both a new mother and a wealthy CEO — and who reportedly used her own funds to install a nursery next to her office, according to All Things D, which noted that other employees don’t have that option.”

The 2012 International Summit of Cooperatives will take place on October 8 to 11 in Quebec City, Canada.

According to the International Co-operative Alliance, which is hosting the event, cooperatives employ over 100 million people and provide a source of income for half the world’s population.

The 300 largest cooperatives generate revenues of $1.6 trillion, which is equivalent to the world’s ninth largest economy. 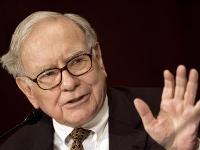